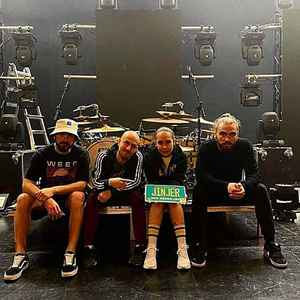 The band was founded in 2009. In 2010 Max Fatullaev left the band due to his move to the USA and Tatiana Shmayluk grabbed a microphone in 2010. Since then Jinjer changed a number of members until finally the group obtained their current form and shape.
From 2009 to 2011 Jinjer released a promo-EP "OIMACTTA" (with Max on vocals) and several singles featuring Tatiana.