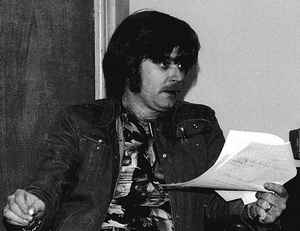 Ingoldsby worked at MCA Records when he was asked to serve as President of the American Broadcasting Company's (ABC) Recording Studios Division until 1979. In 1972 Ingoldsby founded Sound Master Recording Engineer School [now Pinnacle College] to train students in the science and art of audio engineering. He designed and built his own studio in North Hollywood, California - subsequently purchased by Warner Brothers. Elton John, Mick Jagger, Cher, Olivia Newton-John, Neil Diamond, Eric Clapton, Neil Young, Al Kooper, Frank Zappa and Joe Cocker are just some of the artists that helped earn Ingoldsby gold and platinum records. He also toured the nation and abroad with some of these artists, mixing their live concerts in stadiums, halls, colleges and night clubs.

Much a pioneer, Ingoldsby invented and patented many audio units for the recording industry. His Phasing and Doubling devices are famous and widely used. He also contributed to many industry journal articles, lectured at colleges across the nation and was an honorary member of the prestigious Audio Engineering Society.

Brian Ingoldsby was our professor when I went to his SoundMaster recording institute in 1997. Brian had a amazing sense of humor. Very humble. We always had to try and pull out famous star stories from him so we could listen but he rarely would. Just would smoke his cigarette. One of the funniest stories I can remember is in workshop when we were taking turns mixing a track. There was this really nice Korean kid in our class. Brian instructed him to turn it to 3pm and he ended up turning it to like 9pm. We all heard something pop from the speaker and we all looked at Brian expecting him to be pissed. Brian said "its time for break". And everyone left and Brian replaced the tweeter during the break. What a nice guy. He was so funny. He was a good guy. I have good memories of him in class.