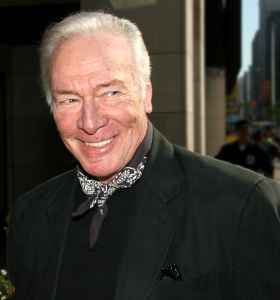 In a career that spans over five decades and includes substantial roles in film, television, and theatre, Plummer is perhaps best known for his performance as Captain Georg von Trapp in The Sound of Music (The Captain (6)) and as Mike Wallace in The Insider. His most recent film roles include the Disney–Pixar 2009 film Up as Charles Muntz, the Shane Acker production 9 as 1, The Last Station as Leo Tolstoy, and The Imaginarium of Doctor Parnassus as Doctor Parnassus.

Plummer was born Arthur Christopher Orme Plummer in Toronto, Ontario, Canada, the son of Isabella Mary (née Abbott) and John Orme Plummer, who was secretary to the Dean of Sciences at McGill University. His maternal great-grandfather was Canadian Prime Minister Sir John Abbott. Plummer was an only child. His parents were divorced shortly after he was born, and he was brought up at the Abbott family home in Senneville, Quebec, outside Montreal. He is bilingual. He studied to be a concert pianist, but developed a love for the theatre at an early age, and began acting in high school. Plummer took up acting after seeing Laurence Olivier's film Henry V (1944). He travelled by train to gain experience with the Canadian Repertory Theatre (the CRT) in Ottawa.

In 1968, he was invested as Companion of the Order of Canada, Canada's highest civilian honour. In 2001, he received the Canadian Governor General's Lifetime Achievement Award. He was made an honorary Doctor of Fine Arts at New York's Juilliard School and has received honorary doctorates from the University of Toronto, Ryerson University, McGill University, the University of Western Ontario, the University of Ottawa, and most recently the University of Guelph. Plummer was inducted into the American Theatre's Hall of Fame in 1986 and into Canada's Walk of Fame in Toronto in 1997.
Sites:
Wikipedia, imdb.com, thecanadianencyclopedia.ca
Aliases:
The Captain (6)
Variations:
Viewing All | Christopher Plummer
Chris Plummer, Plummer, The Captain, Кристофер Пламмер, クリストファー・プラマー