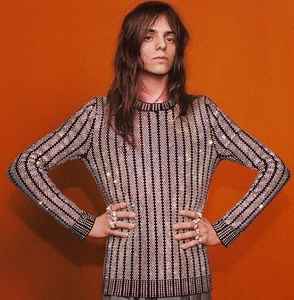 Profile:
Italian singer-songwriter originary from Vetulonia Val di Campo (GR), in Tuscany, Italy. In 2014 he self-published his first EP, "Vetulonia Dakar", reissued in 2015 as "Altalena Boy/Vetulonia Dakar" ("Altalena Boy" is another Lucio's EP, published together with the first EP) by Picicca Dischi. Considered as a studio album, "Altalena Boy/Vetulonia Dakar" has a double cover, one for each EP: "Altalena Boy" cover is in front, while the other EP's cover is in back. In late january 2017 he releases "Bestiario Musicale", a concept album based on tipical animals that live in Maremma, as a sort of tuscan "Pet Sounds".
Sites:
luciocorsi.it, Facebook, Twitter, instagram.com