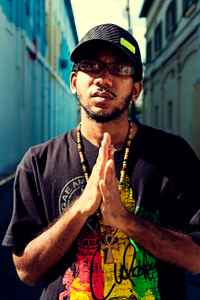 Five Steez became known in hip-hop circles in 2010 following the release of his debut mixtape with Bronx-New York veteran DJ, DJ Ready Cee, titled 'Momentum: Volume One'. Unlike many of his Jamaican compatriots who took to Dancehall, the dominant contemporary popular musical subculture on the Island, Five Steez veered towards the NY hip-hop sound of the nineties. He released his debut album in 2012 titled War For Peace. He followed up with the EP's "These Kingston Times" in 2014 and "HeatRockz" in 2016.

He is also responsible for organizing Kingston, Jamaica's premier Hip Hop event, Pay Attention, from 2012 - 2015, with his crew The Council. While dancehall is the dominating musical subculture on the island, Five Steez has been known to hold it down for hip-hop, considered a dominating figure in hip-hop on the island for his engagement and cultural contribution.
Sites:
fivesteez.com, fivesteez.bigcartel.com, Bandcamp, Facebook, instagram.com, open.spotify.com, SoundCloud, Twitter, Wikipedia, YouTube
In Groups:
The Council Of The Gods