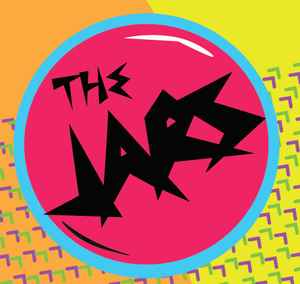 Real Name:
The Jars
Profile:
The Jars were formed in 1978 out of the remnants of San Francisco’s SST. SST included Ted Falconi later of Flipper on guitar. After SST broke up in 78 Irene Dogmatic formed the Beauty Killers with Matt Markham from SST, Jim Goodwin (later with Sparks, John Cale and the Call) Marc Time on Drums and Mik McDow on guitar and Armin Hammer on Bass. After a gig or 2 in SF the Beauty Killers broke up. In 1978 Marc Mik and Armin formed the Jars with JD Buhl , and Gary Nervo(ex Pagans Road Manager) . The Jars helped spearhead the Berkeley Punk/New Wave scene by playing at the International Café, Aitos Club,the Keystone,Berleley High and various pizza parlors and frat parties. By 1979 the Jars were playing all over the Bay Area at the Mabuhay Gardens, the Deaf Club, the Temple and the Old Waldorf opening up for Roky Erickson, the Angry Samoans, Horslips, the Dickies, the Flamin Groovies, the Psycotic Pineapple, the Dead Kennedys, the Suspects, the Mutants ,and MX 80 to name but a few. It was in 1979 that J.D.Buhl left the band. An EP was recorded for the young Subterranean label, “Start Rite Now”, “Psycho”, and “Electric 3rd Rail”. In 1980 a second 45 “Time of the Assassins/Jar Wars” was recorded and released on a Telegraph Avenue record store label called Universal records. Both songs received much airay on starions such as KALX and rose to the top of the Mabuhay Gardens Rotten Record chart. Mike Montalto (ex Special Guests) joined on guitar. Sessions at Fantasy records for the first LP "Teenage Rebellion" continued into 1981 but band members soon parted to pursue separate musical projects.