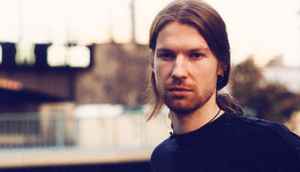 Born: 18 August 1971 in Limerick, Ireland. Hailing from Cornwall, England, he is one of the most prolific and experimental producers of his generation, often cited as a founder of so-called IDM dance music, and a pioneer of electronic music production technique. Well known as co-owner of eclectic dance music label Rephlex.