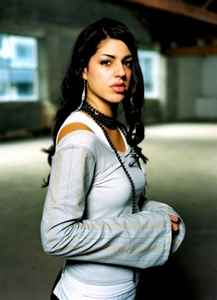 Real Name:
Brooke Gabrielle Fraser
Profile:
New Zealand based singer/songwriter married to Scott Ligertwood.
Brooke grew up in Wellington and showed her interest in music from the early age of two. She began piano lessons at seven and composing at 12. Influences include James Taylor, Carole King, Joni Mitchell and Paula Cole.

Her debut album, What To Do With Daylight, released in 2003 lead to her 2004 tour with John Mayer and David Bowie and went eight times platinum in New Zealand. She titled her second album Albertine after a Rwandan orphan she befriended during a trip to Rwanda in 2005. This album reached #5 of the iTunes US album chart after being featured in the Editor's Choice section. Flags followed in 2010, marking Fraser's first album as a new L.A. resident and earning her first number one single with the peppy "Something In The Water."

With the album and single receiving plaudits all around, the following year Fraser cleaned up at the 2011 New Zealand Music Awards, taking gongs for Album of the Year, Best Pop Album, Single of the Year, Best Female Artist, and the People's Choice Award. Returning to the studio in 2014 — after 18 months of writing in various locations — Fraser set about recording her fourth album, with David Kosten co-producing. Recorded at his West London studio, with orchestral work being done at the legendary Abbey Road, the release saw Fraser opting for a more experimental sound than that of her previous releases. Brutal Romantic was released in late 2014.
Sites:
brookefraser.com, Facebook, Twitter, instagram.com, audioculture.co.nz
Aliases:
Brooke Ligertwood
Variations:
Viewing All | Brooke Fraser
B. Fraser, Brooke, Brooke Ligertwood, Brooke Lingertwood, Fraser