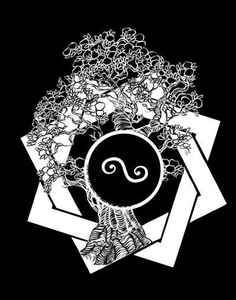 Profile:
Disjecta Membra formed in 1993 by Michel Rowland as a song-writing/recording entity, following the demise of his earlier projects Danse Macabre (1987-1992) and Nösferätu (1988-1990). They would go on to become the first New Zealand gothic band to achieve international exposure, and the cast through which it seemed a thousand New Zealand musicians would pass.

Disjecta Membra's core lineup between 1995 and 1997 was comprised of Michel (12) (guitar/vocals/programmes), Ben Cauchi (bass), and Tamlyn Martinovich (keyboards/guitars). The band disintegrated in late 1997, before regrouping in 1998 with Michel as the only constant.

From 1998-2000, the rest of Disjecta Membra was made up of Petra Škorić (guitar/keyboards), Jazz Murphy (bass) and Mark Hamill (drums/sound-tech), along with guitarist Barnowl Dromgool, who was replaced in 1999 by Alex Mein Smith. This incarnation of the band, considered by some to be the classic lineup, played their last gig in April 2000.

Since that time Disjecta Membra have seldom played more than 2-4 shows per year, and have shifted away from the format of a "band" to a more fluid collective of musicians and collaborators, with only Russell D. and Iris P. Love emerging as semi-permanent fixtures from 2001-present. Meanwhile Jazz Murphy continues to appear as a live Membra on occasion, and several past members remain studio/recording contributors.

Since 2007 bassist Isobel White, and 'stunt guitarists' Vivian Stewart, Kane Davey and Jason Just have also been prominent members. Michel has known and worked with Stewart, Davey and Just since the mid-1990s, and membership now overlaps considerably with Distorture, Serenna and related projects.

Numerous others are involved from time to time, including drummers Dan Smart and Nathan Bregmen, and an open door policy has generally been retained with all members old and new since 2000. It is not known how many people currently consider themselves 'active Membrae' but at least 19 people have been collaborating on (as yet unreleased) new material since 2005.