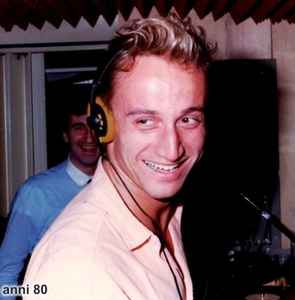 Real Name:
Faber Cucchetti
Profile:
Italian radio, television and club-DJ, born 24 September 1959 in Naples and brother of Luca Cucchetti. Grew up in Rome, in 1977 contributes to the foundation and success of Radio Dimensione Suono, where works until 1989 (winning popular referendum Chipster Radio Game for the region Lazio). In the following years creates & directes radio programs for various Roman broadcasters, then moves to Milan (1995-97) as speaker and disco-dance responsible for 101 Radio Network. In 1998, directs the broadcaster dance oriented Power Station in Rome. Leave the place for his debut as co-starring in theatrical show Voglia Matta -Year 70's. In '98-99 participates throughout the season to TV show "The Lot At Eight" on RAI 2. In 2000 is speaking on Radio Rock where he made his debut with a program based on gags Il Bombardone. Here gets the first nomination for the prize Oscar of the Night 2001. At the end of that year moves with his program to Radio Centro Suono.
Sites:
Facebook, MySpace
Variations:
Viewing All | Faber Cucchetti
Cook E.T., Cucchetti, Cucchetti Brothers, F. Cucchetti, Faber, Faber Cuchetti