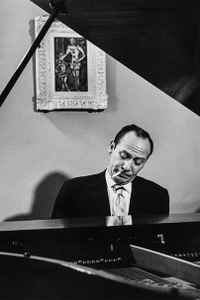 Frank Loesser has been called the most versatile of all Broadway composers. He wrote the lyrics to over 700 songs, wrote and composed the Pulitzer Prize winning musical "How To Succeed In Business Without Really Trying". He won the Tony Award in 1951 as Best Composer and Lyricist for the musical "Guys And Dolls" and won the Academy Award for "Best Song" for "Baby, It's Cold Outside".