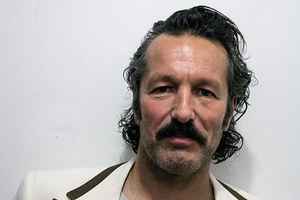 Real Name:
Harvey William Bassett
Profile:
British DJ & producer born in 1967 in Cambridge, England.
DJ Harvey (born Harvey Bassett) is well known for his promotion of the "New Hard Left" club night at the Blue Note club in London, UK as well as being one of the first resident DJs at Ministry Of Sound there too. He also worked at the Zap club in Brighton, and has since gone on to DJ globally, across Europe, Australasia, Japan & Asia, and the US – where he is now based.
He has been involved with many facets of the underground club music scene, including with legendary underground label Black Cock Records, mixes/remixes for many artists/labels, and plays a mixture of Disco, Italo-disco, Balearic, and House music, amongst other styles.
His cult status garnered him a cameo role playing himself as the DJ in the movie "Mission: Impossible—Fallout" (2018).
For a time he also promoted a hotel venue in Hawaii, although currently he is based in Los Angeles, USA.
Runs Harvey's General Store.
Sites:
harvey.dj, Twitter, Facebook, instagram.com, Wikipedia
Aliases:
Harvey William Bassett, R.V.Cock
Variations:
Viewing All | DJ Harvey
DJ Harvey B, Harvey, RV

July 25, 2008
Harvey’s musical career officially began at the tender age of thirteen when he was enlisted as a drummer for a punk band whose other members’ average age was 24. The band was a favourite with Radio 1’s John Peel, being featured on his infamous “Sessions” show.

Harvey’s progression into DJing came about after a trip to New York where he was inspired by the emerging hip-hop movement. He felt that “cutting up” breaks was an extension of drumming and so purchased his first pair of Technics, brought them home and practised. A graffiti “bomber” and part of the gang who named themselves TDK (Tone Deaf Crew) they were later to gain notoriety as TONKA Hi Fi. It was as the DJ for the crew that he forged his reputation as an eclectic programmer of music, throwing outlandish, sometimes weekend-long, parties in their native Cambridge as well as Brighton, London and on the festival circuit. Having already been in love with hip hop, electro and disco the sound he had emulated after his trip to New York he inevitably alighted on house and garage too, and began playing more parties in London, clubs such as Solaris and Freedom were all after the Harvey sound.

Harvey further cemented his reputation with his own night “Moist” at the Gardening Club. It was here he brought over some of the greatest New York DJs including Larry Levan, Francois Kevorkian and Kenny Carpenter all of whom were still relatively unknown and unheard of in this country. Playing his fabled six-hour mix of disco, house, garage and dancefloor friendly rock records, a sound he has carried through to his later residencies, notably the celebrated New Hard Left at the Blue Note.

He was the first British DJ invited to play at the Ministry Of Sound and later became resident on both Friday and Saturday. This resulted in his first compilation mix album to date “Late Night Sessions”.

Harvey is today one of the most respected DJs in the world who’s appeal across the genres of the music and clubbing community. His DJ talents are in demand throughout England, Europe and the world. He has a solid following in places as far-flung as Singapore and Japan where there is a record store named after his lo-fi Black Cock record label.

He has released tracks under various pseudonyms on labels such as Mo’ Wax, Dorado, Ministry Of Sound, Skint and Junior Boys Own. He has produced and remixed tracks for Jamiroquai, Brand New Heavies, Ian Brown, Stereo MCs, Electronic, The Police and Cornershop as befits his eclectic style.

Harvey's recent move to Los Angeles hasn't dampened his enthusiasm for music, and he is currently playing DJ gigs around the planet, as well being very active in the studio. He also recently mixed another compilation CD called “Sarcastic Disco”.