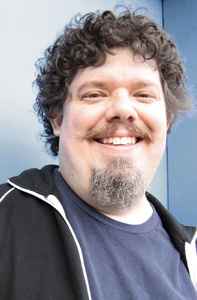 Starting in 1984, he has been a bass player in several bands, including Elephant Factory, Vomit Launch (California Punk Band), Sunbirds (from Chico, California), Foggy Notion and Flaming Box of Ants.

From 1994 to 1997, he ran Laundry Rules Recording, a home studio in his basement in Portland, Oregon. Since 1997, Crane has owned and run Jackpot! Recording Studio.