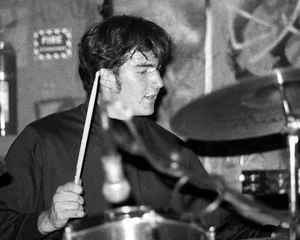 Real Name:
John Kiffmeyer
Profile:
Born John Kiffmeyer in 1969, Al Sobrante was a nickname given in reference to his hometown of El Sobrante, California.
Best known for his drumming on Green Day's 39/Smooth album, Al has played a major role in the East Bay punk scene since its inception and has played with bands as such as Isocracy, The Ne'er Do Wells and The Ritalins.
Al now lives in California with his wife and son.
Aliases:
John Kiffmeyer
Variations:
Viewing All | Al Sobrante
Al, Al N.