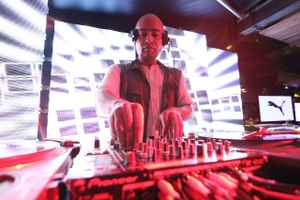 In 1987, Zaman set up the project in London after a visit to Noakhali, Bangladesh, where he interacted with traditional folk musicians and dancers. Original members of the group included his youngest brother Deeder Zaman (later became vocalist of Asian Dub Foundation) who was 7, and MC Mushtaq (later became the lead rapper for Fun-Da-Mental) who was 15.

Then the project (even before the releasing of the first album "Visual Audio") became into some kind of alias to Sam Zaman. He DJ'd, recorded and toured under this name inviting various collaborators and also by himself.
Sites:
MySpace
Members:
Matt Mars, Paul Chivers, Sam Zaman
Variations:
Viewing All | State Of Bengal
The State Of Bengal