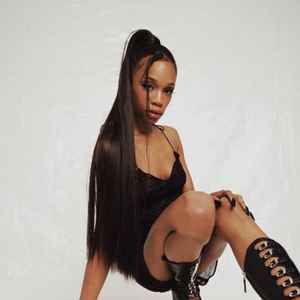 Real Name:
Gabrielle Olivia Mirville
Profile:
Born in Queens, New York into a family of missionaries, Abra spent her first eight years in London, where her parents built the church they would ultimately work in. Her introduction to singing came from that church, too, where her father was pastor and her mother oversaw praise and worship. After London, her family settled in the quiet suburbs of Gwinnett County outside Atlanta. At 14, Abra began playing guitar. Later in her teens, she began uploading her acoustic covers of rap songs onto YouTube. This led to her being discovered by Awful Records founder and rapper Father, who encouraged her to make original music. She later joined the label in 2014.
Her first EP, BLQ Velvet, was released in 2015. Her second EP, PRINCESS was released by True Panther Sounds on July 15, 2016. It is her first release on a major label. The song "Fruit" off the album Rose was featured in an article on the best R&B songs of 2016 by The Guardian.
Regarding Abra's style of clothing, Vogue commented in 2016 that "deliberate contrasts are part of her artistic identity on the whole: Abra is a member of the mostly male-dominated Awful Records coterie, a outlier crew swiftly taking over Atlanta with a sound that stands apart from ATL's rap oeuvre".
Sites:
instagram.com, SoundCloud, Facebook, Twitter, open.spotify.com
Aliases:
Gabrielle Olivia Mirville