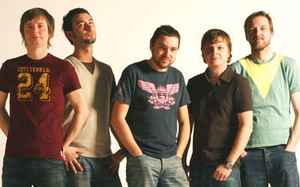 Profile:
Austrian pop rock band from Linz. Founded in 1991 as Three Lions On My Chest, they began singing in English. In 1992, they added members, changed their name to Shy, switched to German vocals, and played their first concert. Their debut album "Himmelsstürmer" was released in 1994. They officially disbanded November 30th, 2014.