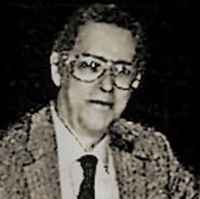 Profile:
Alan Heard
Alan Heard (b. 1942) was born in Halifax and brought up in Montréal, where he received his early musical training and pursued studies in composition at McGill University with Istvan Anhalt. He graduated with a Bachelor of Music in 1962 and was awarded a scholarship to Princeton University, where he obtained his Master's degree under the supervision of Roger Sessions and Earl Kim. A Canada Council grant then sent him to Europe to study with Boris Blacher at the Berlin Academy of Music. Heard lived for a time in London before returning to Canada in 1967 to become a lecturer at McGill. He presently teaches at the Faculty of Music of the University of Western Ontario.
In 1980 the organist and sometime Dean of the UWO Music Faculty, Hugh McLean, observed that Heard "has embraced a neo-romanticism of almost Mahlerian cast, but with a predilection for counterpoint not shared by the symphonist." Heard's catalogue includes numerous small ensemble works, Voices, a cantata for mezzo-soprano and chamber ensemble, Timai (a 1973 New Music Concerts commission that appropriates direct quotations from Mahler's Kindertotenlieder), a Concerto Grosso commissioned by the Woodstock Strings and a Symphony No. 2, composed for the Manitoba Chamber Orchestra.
-- Notes by Daniel Foley, 1998
Variations:
Viewing All | Alan Heard
Heard