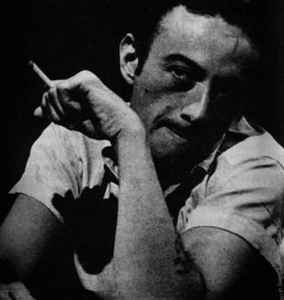 Real Name:
Leonard Alfred Schneider
Profile:
Born: October 13, 1925, Mineola, New York
Died: August 3, 1966, Hollywood, California
American comedian whose career was derailed by a number of obscenity trials that eventually got him blacklisted by nearly every comedy club in America. Considered by many to be a crusader and a martyr, a moralist and a preacher, a saint and a sinner, Bruce paved the way for comics like George Carlin, Richard Pryor, and Bill Hicks, all of whom consider Bruce a groundbreaking visionary. Starting 2017, Bruce has been brought to new audiences' attention by appearing as a recurring character in the 1950s period set show "The Marvelous Mrs. Maisel", where he is played by Canadian-American actor Luke Kirby.
Sites:
lennybruce.org, Wikipedia
Variations:
Viewing All | Lenny Bruce
Bruce, L. Bruce, Lenny, לני ברוס