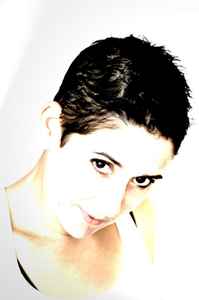 Profile:
A professional house and trance singer with a rich alto voice, Kate Cameron is best known for her work with Jones & Simmonds, especially as a featured artist for their aliases The Space Brothers and Chakra with crossover successes including I Am and Home. She has enjoyed other chart success as a solo artist with notable producers including P.A.S.S.I.O.N with Norman Cook/Jon of the Pleased Wimmin, Far From In Love[/i] with Above & Beyond] and What Ya Got 4 Me with Dutch House act Signum, which was taken from her Hard House track You Better, under the alias Mount Rushmore presents The Knack.
Along with Angie Brown, she was the backing vocalist on many of the tracks on Freak Power's hit album Drive Thru Booty, including the second single release Rush. She continues to tour and record with Freak Power.