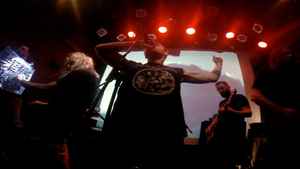 Profile:
Automaton were formed in 2011 in Athens, Greece and have been performing live since mid-2012. Since then they have opened for Pentagram, YOB, Pallbearer, NAAM, Belzebong, SUMA, Dopethrone and have participated in various shows and festivals in Greece sharing the stage, among others, with 1000mods and Nightstalker.

Automaton has been characterized as a loud and heavy doom act but apart from slow tempi and down-tuned guitars, they blend heavy riffs, repetitive minimalistic patterns and psychedelia into their own, vintage, analogue sound.