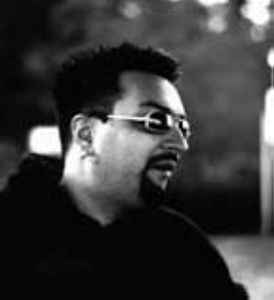 Profile:
Dan was born in Bucharest, Romania. He began violin and classical music training at an early age. Even earlier he began a lifelong fascination with tape machines and tapes fed in backwards, the distant transmissions of Radio Free Europe coming through distorted frequencies and the phasing effects one can create by playing with a short wave receptor.

Granted a scholarship to study at the Conservatoire de Geneve at only sixteen, Dan sought music everywhere, spending time in record shops, meeting DJs who soon led him into clubs. Earning a set of Technics DJing at the landmark Club 58 on the resident's days off and soon after dropping out of musical studies and college to work odd jobs in order to acquire a Korg synthesiser and a Roland beat box, Dan was on his way to making reality out of the dream of composing and producing electronic music.

Having relocated to Canada, he quickly became known among a new electronic music community that had grown in early nineties Vancouver, more in touch with Detroit and Uk.techno, Ambient, than the Industrial sounds this city is more readily associated with.

A string of releases followed and in 1999 he returns to native Romania for a visit and decide to settle in a mountain village where life is as it was two hundred years ago. Horse drawn carriages, wooden stoves, secular traditional customs and lots of fresh air, the home of Outersanctum Studios.