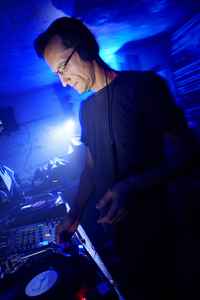 In 1988 Roland Casper begun his career as a DJ together with his longtime partner Claus Bachor at the innovative and now legendary Rave Club in Cologne. 2 years later, in 1990, the Space Club openened its doors in Cologne, with Casper as resident DJ. In 1992 Casper moved to the Warehouse in Cologne, where he played as a resident DJ alongside the most prominent Djs of the scene and also started to develop an international reputation. During that year, he also took off initial work on his own projects, releasing his first 12" single "Feel The Speed" under the alias Exeter and building his own studio where he recorded "The Warehouse" EP, first to be released under his real name.

In addition to all of this, he co-hosted the Psycho Thrill venue night together with its founder Claus Bachor at the Ballhaus in Bonn. In 1994, The Warehouse got closed, but Psycho Thrill developed a huge cult following and an unparalleled reputation either. In 1996, Casper started his own label, Essence (2), in cooperation with Roadrunner. Besides his own releases, the label has been primarily set up as a forum for newcomers from the german Techno and Acid underground. In the course of the first year, thirteen 12" singles and the highly recommended Psycho Thrill compilation were released to great critical acclaim.