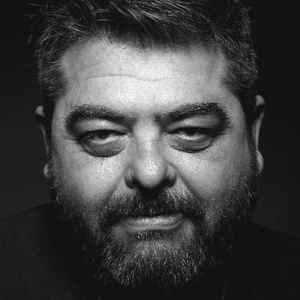 Mario Più is a dj- producer from Livorno and he's one of the nicest members of the BXR Team. He's 33, he's got a girlfriend, he loves motorbikes, especially Harley Davidson ones, but he loves so much the music that it's become his job, too.

Mario is a professional dj who was able to remain on the European music scene for over than ten years. His unmistakable sound has had an evolution, from the Mediterranean Progressive to the Techno sound, well, Supertechno sound.

And don't forget that Mario is one of those famous Italian Djs from Toscana who gave their contribute to the Techno sound confirm, with the Insomnia and the BXR Superclub. Among his greatest successes we can remember "Mas Experience", "No Name", released with Mauro Picotto, "Dedicated" and the collaboration with More for "All I Need", "Sexy Rhythm" and "4Ever With Me". Then "Communication (Somebody Answer The Phone)", the track released with a GSM cellular interference, which conquered first the top of the Italian charts, it was remixed by Yomanda and finally it reached the 5th position in the Uk Sales Charts.

At the last edition of the Red Bull Italian Awards, Mario Più has recently received also the Award as Best Techno Dj, while in England some authoritative magazines called him "The Italian Fatboy Slim" for his extraordinary creativity. His sound is appreciated in Italy and abroad, so we can meet him at the most important events in England, Germany, Holland and Switzerland.

Among his latest releases we can remember the collaboration with Mauro Picotto for "Arabian Pleasure" and the remix of Dj Taucher "Science Fiction". Now he's ready with a new track, "Techno Harmony", a double track with six different versions. But who's Mario Più when he's not working? What does he like? He describes himself as a quiet person who loves sleeping, relaxing and listening to music, not just Techno one. What does Mario desire? He says he'd like very much remixing a famous track, maybe of an artist he likes and admires. After "Techno Harmony", "Questions" has just been released with the pseudonymous M-Plus.