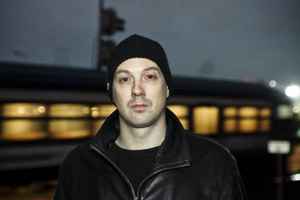 Raiden broke onto the drum & bass scene after signing to the Renegade Hardware imprint in 2002. A "moment of clarity" drove him to compose his first major track, 'Fallin', and caused him to relocate to Tallinn, Estonia and focus on his newfound sound. In 2005, after a world-wide tour showcasing his trademark sound, walking the tightrope between techno and drum & bass, Raiden decided it was time to create a place to represent his own style of music, and started the Offkey label. In 2009 Raiden's sound moved away from the harder Techno infused style he was know for and he began focusing on a more mature, Tribal based sound which gave birth to his latest label endeavour Voodoo Music and his Beton Armé album.

March 13, 2011
Just so I can say "I told you so" later- keep an ear out for Chris Jarman... this guy is going to end up having a tremendous impact on the evolution of electronic music as we know it.
See 1 reply

March 3, 2004
The first time i heard "fallin" I had to stop what I was doing, this track held my attention completely, fixated on the spinning black disc in front of me. It was the first time i had heard of Raiden and have since collected all i can. This track is in my opinion his all time best, it is by far the most atmospheric,soulful & epic d&b record i have heard. With ever fragmenting cliques within the d&b genre and spiraling commercialism it seems few guys are keeping it real, this track puts Raiden up with the very best. Heavy & intelligently crafted with a build up and drop that will fill a floor anywhere, "Fallin" should be in your set.