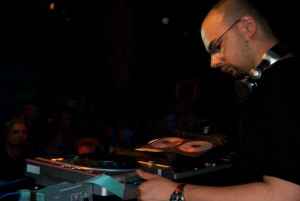 Real Name:
Jindřich Brejcha
Profile:
This project was runned by Jindrich from 1999 to 2005

I've been producing electronic music since 1998, when I started a project called Desert Storm Breakcore Squad with my friend JayB. We produced a quite unusual mixture of hardcore techno and jungle, because I had a hardcore/speedcore background and Jay was more into jungle.

Later on I bought my own PC and started making music by myself under the Noize Punishment moniker. I always liked grindcore, punk or metal and I guess this iinfluence is traceable in my tracks. Among the biggest influences I would count are Alec Empire and Atari Teenage Riot, Mathis Mootz (Panacea), Bombardier.

January 11, 2013
definitely this is that I was looking for
Reply Notify me Helpful

Noize Punishment is producing the music I had wished for years existed. There is absolutely no one doing what he is doing. This is music with an aggressive vengeance. From the grinding punk guitar rifts, screaming vocals and political samples to broken mashed up breakcore drumming and snaring, this music has it all. This guy has become one of my absolute favorite artists of all time. This is very hardcore stuff. What he offers is to hear a lot of hardcore punk in a breakcore context. This may not sound like a completely new idea, but once you have heard his technique it will surpass any expectation you may have. This is complete noize destruction. I would recommend him for anyone into breakcore, but looking for something with a solid message and more aggression.