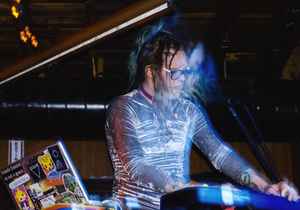 Profile:
This Discogs page only shows the few AM releases that were released under Angel's stage name. The music she is most known for exists under various aliases., such as Fire-Toolz, MindSpring Memories, Angelwings Marmalade, Pregnant Spore, Nonlocal Forecast, etc.