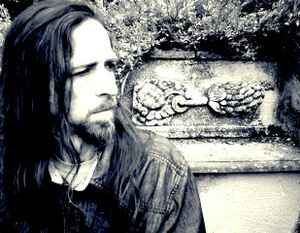 November 30, 2020
Surely the artist that makes me feel that i'm living
Reply Notify me 2 Helpful

Together with Klaus Wiese, Stefano Musso is truly the most important organic ambient artist. Whereas Wiese focused more on the Eastern esoteric Traditions like Sufism, Advaita Vedanta and Tibetan Buddhism, Musso seems to embody the Western esoteric Traditions like Pythagoreanism, Platonism and Hermeticism. Listening to Klaus Wiese is deep meditation, a sound yoga reaching the immanent non dualism of Brahman, listening to Alio Die is a prayer, a methexis and ascension to the transcendental Platonic Forms.

May 10, 2010
Alio Die is an amorphous amalgamation of aural badassery. Ambient music (and electronic-based music in general) gets a bad rap for being talentless; for letting the "machines" do the work. But then, what is music if not sound organized to effect the psyche? Playing notes on a classical guitar or piano is not enough to be convincing, in and of itself. What makes a great performer is one's attention to the dynamics: and that's what artists such as Tetsu Inoue, Robert Rich, or Alio Die, focus on. Consider them sculptors of sound.

What makes his works glow is his attention to detail. There is always something changing -- maybe something in the background that came to the foreground slowly and got toyed with... maybe a very slow addition of a bagpipe instrument or stringed instrument. Despite how "repetitive" some of the actual "notes" or "samples" are, they never SEEM that way due to constant modulation, addition of atmospheric noise, and re-contextualization.

Apsaras is a godsend of an album. Loving classical Indian music, I'd longed to hear an Indian vocalist sing in an ambient context -- where the drone wasn't upheld solely by harmoniums or tampura, and where the approach wasn't the pompousness & tawdry love affairs of Bollywood. Not only is the vocalist's voice wonderful, but 6 different contexts of her voice with Alio Die as the backdrop.

Tempus Rei & Aura Seminalis were the first two I found that got me hooked. The feel of both these albums is very trans-chronological. Both albums develop, without any specific direction. Aura Seminalis has a historical religious feel -- a basis in Gregorian-style chants, but not in an obvious or domineering way. Tempus Rei has a supernatural orchestral feel, with an odd sense of time -- as if two string trios are in a cave playing some piece of short music slowly; one trio playing it normally, the other playing it in reverse.

Eleusian Lullaby is another great album with a kind of polyphonic feel. There is much in the way of natural, organic instrumentation here, where much of the ambience is derived from delay, echo, sustain. Femme vocals are beautifully done; there are some gongs/bells, some strings (dulcimer & harp?), and mbira. Plenty of atmosphere here as well; sometimes the vocals are the vocals, sometimes just one aspect of the sonic tapestry.

Any of his works I can recommend to audiophiles. Even if you're new to this type of music, I think one can have an enjoyable experience with Alio Die's works. Give the sound your sole attention, and hold no expectations for it to go anywhere or do anything. Let it take you where it will.
Reply Notify me 14 Helpful

One of the most unique and unparalled ambient musicians producing today. It's safe to say that Alio Die was so far ahead of his time, and yet so ancient-seeming in his sonic atmospheres, that he's only just inspiring imitators recently (Sostrah Tinnitus, Oöphoi).

Each of his albums is different and yet somehow part of a larger macro-world of ambient ritual sound. For the beginner, I recommend "Suspended Feathers," "Password for Entheogenic Experience," and "Leaves Net," for a good taster of the various moods of Alio Die.

I've got all of his material and I never tire of it, as prolific as he is.