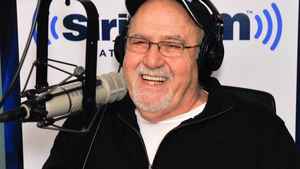 Joe Guercio, was the musical director and conductor of Elvis Presley’s band from 1970 until the legend's death in 1977.
Guercio was a native of Buffalo, N.Y. Prior to working with with Presley, he was an accompanist for legendary pop singer Patti Page and a musical director for Diana Ross, Steve Lawrence & Eydie Gorme, Florence Henderson, Jim Nabors, Diahann Carroll and more.

After Presley began his residency at Las Vegas' International Hotel, he met Guercio, who was the International's musical director. Soon, Guercio began leading Presley's 26-piece orchestra and rhythm section, which proved to be quite the feat, as the King of Rock and Roll was unpredictable and spontaneous. Guercio once described it “like following a marble down concrete steps.”