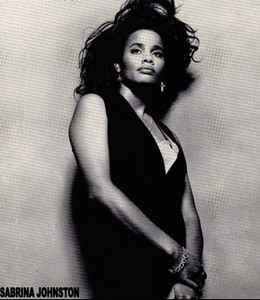 Johnson's vocal range is stylistically diverse and distinctive, transitioning smoothly from R&B to Soul and Pop. On entering the music scene, she quickly found herself in great demand as a session singer with such artists as West Street Mob and Lauryn Hill. Johnston expanded her potential and pushed the possibilities by writing, arranging and producing the songs she sang, and also for other artists.

The self-penned, gospel-tinged Pop (dance/urban) hit, Peace caught the attention of the The Rolling Stones, who asked her to audition for their Steel Wheels Tour. However, they lost out to JBR Records and EastWest when she was signed for a self-titled album. This was followed by the album Yum Yum several years later.