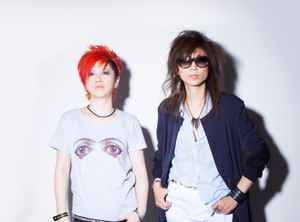 Profile:
Zwei consists of two members. Female band members still seem to be a rarity in Japanese rock bands but Zwei is an exception to the rule with all female members.
Their sound is described as a mix between Japanese pop and UK rock, which is not surprising considering the fact they have been produced by British producer Nick Wood.
Sites:
zweima.com, YouTube
Members:
Ayumu (4), Megu (3)