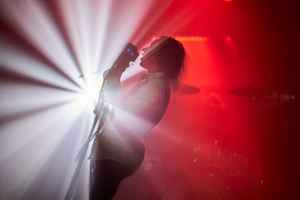 Profile:
Born in 2005 in London, SUICIDE INSIDE is the second project of Natasha A Twentyone and Alexey Protasov, both well-known on the elektro scene for their muscled Ambassador 21 project.