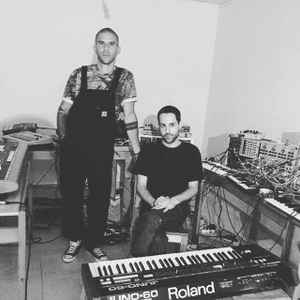 Their sound is generated from synthesizers, drum machines, sequencers and effects units from the past. The group was established in early 2015 and their first, self-titled record was released on their own label -June Records- later on in the year.

Their debut LP (2017), also on June Records, takes cues from the ideas and concepts of their first record and expands them into new territories. 2017 will see Manie Sans Délire performing exclusively live, in the same way the tracks were originally recorded.(info taken from manie dansante page)
Sites:
Facebook
Members:
Trenton Chase, Tsampikos Fronas