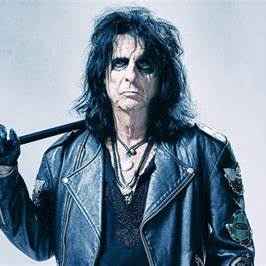 April 26, 2021
Let’s stop all this nonsense and combine the two Alice Cooper’s we all know about the name change and those who don’t would think it’s odd when looking up an artist called Alice Cooper. Growing up in the early 70’s and watching Alice Cooper on Top Of The Pops we were watching Alice Cooper the man not the Band. Two things that annoy me about Discogs the insistence on splitting a main artist and main artist with band, Neil Young being another one. The second filling up recognised discography’s with non consumer live album’s. Keep them separate and then put bootlegs in with them.
Reply  See 7 replies Notify me 15 Helpful

January 5, 2018
Hands down my favorite rocker of all-time and still great to this very day (2018). I actually am an even bigger fan of Alice's solo career than his work with the original band. My three favorite Alice albums are probably From the Inside (1978), The Last Temptation (1994) and Brutal Planet (2000). I know some people can't seem to get past the original band and they were good but with the exception of Alice himself, the original band were somewhat limited (no disrespect intended). Most of their work consisted of rather simple riffs (an exception being Halo of Flies) but good, solid rock songs. I find Alice as a solo artist far more interesting. I love those early 80's albums, his metal phase, the hair metal phase, and what he is doing presently. An underrated singer, the man is a true icon.
Reply  See 2 replies Notify me 7 Helpful

November 20, 2016
Love his first couple solo albums. He never quite recovered after that. Still, there are good songs on most of the rest of the albums. But they are very uneven.
Reply  See 1 reply Notify me 4 Helpful