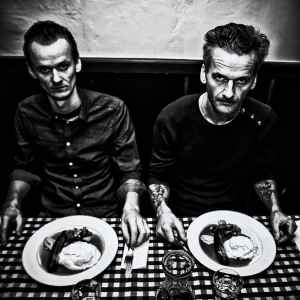 The Railthin brothers aka Kim "Kix" Jeppesen and Bo "The Atomic Child" Jeppesen have been the essense of PowerSolo since 1998.

They have released albums in Europe and in America and have toured the same territories over the last five years. They have headlined as well as supported acts like The Hives, Jon Spencer Blues Explosion, Junior Senior, Bob Log III, André Williams, T-Model Ford, New Bomb Turks. They have also opened for and formed the backingband of Jon Spencer and Matt Verta-Ray (Speedball Baby) rockabilly outfit, Heavy Trash on tours around the world during the last three years.