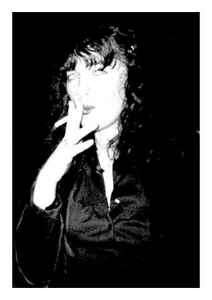 Real Name:
Brigitte Enzler
Profile:
Brigitte Enzler grew up with New Wave and experimental electronics from the late 70's and early 80's.
In her teenage years she founded a girl-band and started her first own record label at the age of 16, to independently release and distribute the music of her band.
The band made 2 releases. After the band's split-up, there was a longer phase of retirement.
During early 90's Brigitte started to arrange parties (electronic music) for local underground clubs in her area (Augsburg, Germany).
In the year 2000 she founded the electro collective Kommando 6 and in 2001 she decided to run a label again and Kommando 6 became also a record label.
Finally, in the same year, she started to compose and produce her own tracks, which she does entirely on her own.
Besides her solo-project, Brigitte collaborates in a side-project with Dystronic called Black Spider Clan since 2002. Furthermore she is involved in Flying Bodies and Radikale Analog Fraktion. In 2006 she closed the Kommando 6 label after it had released 20 records. More recently she started 2 new labels called Bodyvolt and Venus Noir.
Sites:
beta-evers.blogspot.de, betaevers.de, MySpace, Facebook, Bandcamp
Aliases:
Brigitte Enzler