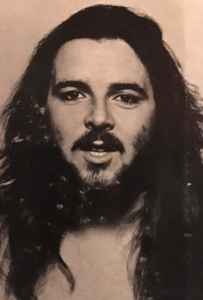 Profile:
Drummer, Producer, Multi-instrumentalist, Vocalist, Songwriter, Teacher, and Owner of Texas Central Productions.
Born in Bournemouth, Dorset, England and grew up in Southend-on-Sea.
In 1968 toured all over Europe at U.S.O. clubs for the troops on R&R from the Vietnam War. Rod T. “Rook” Davies was also on that tour. After the U.S.O. tour, Rod joined a band called Silverhead (promoted by Andrew Lloyd Webber and Tim Rice). It was Rod that suggested Pete as drummer. Silverhead was Michael Des Barres, Nigel Harrison and Stevie Forrest and Pete Thompson. Forrest left the band after the first album and Robbie Blunt joined the band. They toured the world from 1972-74, including the US and Japan. Silverhead opened several shows for Uriah Heep, Nazareth and Deep Purple.
Silverhead disbanded in 1974 and Pete became a session drummer for MCA UK and also freelanced. He did sessions with Murray Head, The Detriot Emeralds, also tv commercials and jingles. In 1976 he joined the David Byron Band with Denny Ball and recorded Take No Prisoners, Ken Hensley’s Shotgun in 1981 after he left Uriah Heep then The Ken Hensley Band for a a US tour. He appeared and/or recorded with Cher and Melanie and was a producer/session musician for ICC International. 1983-86 Pete was with Pete Haycock’s Climax. He was in The Old Pals Act with Dave Bronze for a short time, backing Robert Lee Kolb and Randy California. The Old Pals Act eventually became that most famous of UK bands The Hamsters. Pete would later play with Bronze with Robin Trower and Eric Bibb.
In 1986 he joined Robin Trower. Pete toured with him in 86, 87, and 88 and recorded Passion and Take What you Need on Atlantic Records. Passion received the Best Indie Album Award from RIAA and Thompson was voted Best Drummer-Rock Category.
In the 90's Thompson was back in Southend, teaching 7 days a week was the music director and drummer in the house band at The Blue Last in London for 10 years. In 1993, he recorded Robert Plant's Fate of Nations which earned Gold and Platinum Albums.
In 2001 Thompson rejoined Robin Trower, appearing on both the Living Out of Time Album and DVD. In 2002-2003 he toured Europe and Australia with Eric Bibb and recorded Friends. Pete also did a few gigs with The Hamsters and Dr. Feelgood. From 2004 to 2011, Pete toured and recorded with Robin Trower. He also was credited with drums on the 2004 Kelsey Grammer movie, "The Good Humor Man". In all, Pete recorded 7 studio albums, 1 live album, 1 live DVD, 1 soundtrack, and toured extensively with Trower over the course of their association.
In 2007, Thompson moved to Texas and started his private studio, Texas Central Productions. He concentrates writing music and producing talented artists in the DFW area. His most recent releases are Open Window (2012) and Too Close To The Sun (2015)
Sites:
scottpaulone.us, Facebook, Facebook, Facebook, robintrowerlive.co.uk
In Groups:
Pete Haycock's Climax, Silverhead
Variations:
Viewing All | Pete Thompson
P. Thompson, P.Thompson, Thompson