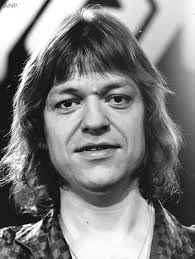 Profile:
Johan Slager (Amsterdam, 8 June 1946 ) is the first guitarist of the Dutch pop group Kayak. He founded the band in 1972, together with Ton Scherpenzeel, Pim Koopman and Max Werner. Before that he played with Scherpenzeel and Koopman in High Tide Formation from 1970 to 1972. Slager played on nine Kayak albums, until the group stopped in 1982. At the end of the 1990s he participated in a few reunion concerts, but at the re-establishment of Kayak in 1999, Slager was not part of the band.
Sites:
Wikipedia
In Groups:
Amsterdam (3), Europe (5), Kayak
Variations:
Viewing All | Johan Slager
J. Slager, J.Slager, Johan, Johan Slagter, John Slager, Slager