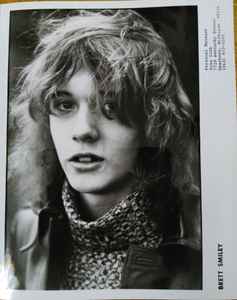 Real Name:
Brett Smiley
Profile:
Brett Smiley (September 25, 1955 – January 7, 2016) was an American singer-songwriter who was active in the UK during the glam rock era of the early 1970s. Smiley released one single, "Va Va Va Voom," and made an appearance on the Russell Harty television show, where he performed the song "Space Ace".

Smiley began his career as a child actor playing the title role in "Oliver!" in 1965 on Broadway. In 1974 Smiley was given a $200,000 advance and recorded an album "Breathlessly Brett" managed and produced by Rolling Stones manager Andrew Loog Oldham with Steve Marriott from the Small Faces and Humble Pie on guitar. After the single "Va Va Voom" did not chart the album was the album was shelved and remained unreleased until 2004.