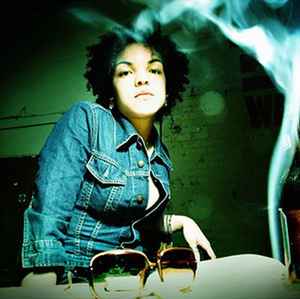 Jenna was a music fiend from an early age – both her parents were in bands and she grew up in a house surrounded by all sorts of musical influences. She first started presenting and DJ’ing on pirate radio at the tender age of 14. Here Jenna became inspired by underground sounds and hooked up with a group of MCs and DJs called Raggabeats Crew which turned into a hip hop group called Subliminal Darkness.

After four years, Jenna left the group and began a residency at a night called Eardrum at DryBar which made her a name as a vocalist and MC. Singing with the bands at underground gigs introduced Jenna G to Darren and 2D, a drum & bass DJ and producer team called Future Cut, who were looking for a singer.

The drum and bass trio Un-Cut was formed in 2000. A track called Borderline appeared on a Future Cut EP for Renegade Hardware and the response to it was incredible. What followed was a three year process of experimenting with ideas. Uncut’s first white label Midnight sold out of its 10,000 copy run within weeks and drew a lot of attention from the music industry. In 2001 Un-Cut signed to EMI publishing and in June that year they signed to Warner’s M Records. Their debut album came out in July 2003 with the re-release of its first single Midnight.

After the band split, Jenna G continued singing and writing songs for EMI publishing which saw her working with So Solid’s JD, Danni Minogue and Aleesha Dixon amongst others. It was during this time in London that she was picked up by the BBC’s 1Xtra.

In later years, Jenna has collaborated with some of the mainstream and undergrounds finest producers, stapling her into the industry as one of urban music’s finest singer songwriters to emerge from Manchester.