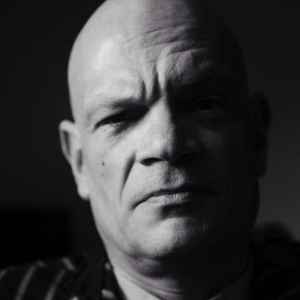 Real Name:
Ashley William Slater
Profile:
Ashley was born in Schefferville, Quebec, Canada, in 1961. He emigrated to England in 1977, where he joined the regimental band of the Royal Scots. He served in the army for 6 1/2 years. After leaving, he worked in England and Europe as a session trombonist, working with, among others, Carla Bley, George Russell and Andy Sheppard. In the late 80s Slater released his first album on Antilles (Island) with the band Microgroove. The band were proto-funk rockers, with a large live following and an electric tuba in the line-up! In 1993, Slater began working with Norman Cook on the now seminal band, Freak Power. They had a Europe-wide number 1 hit in 1995, following use of their tune "Turn on, Tune in, Cop Out". That band split up in 1999, following the success of Cook's 'Fatboy Slim' project.
Since then, Slater has busied himself with a solo release "Biglounge" on his own "patsy" imprint. He collaborates with a French collective based around the 'plush' label in Paris in the making and perfoming of this project.
He has also completed a pilot episode of "The Adventures of Dr Bone, Retired Space DJ", and presented the London Jazz festival for BBC four television. He also does voiceover work for television, having just completed the voiceover for the children's show "BOO".
He also continues to make offbeat club records under the name of Dr Bone, 2 Heads, and others and most recently (2009) appeared on the Dub Pistols album, Rum & Coke
Sites:
MySpace
Aliases:
2 Heads, Colonel Kurtz, Dr. Bone, Elmo
In Groups:
Freak Power, Fried Funk Food, Iconical, Kitten And The Hip, Loose Tubes, Microgroove, The Adenoid Quartet, The Carla Bley Big Band, The Spike Orchestra, Tom Jenkinson & Friends, Wyfekillaz
Variations:
Viewing All | Ashley Slater
A Slater, A. Slater, A. W. Slater, A.Slater, Ashley, Ashley Slater's, Ashley Stalter, Ashley William Slater, Ashly Slater, Asley Slater, Pete Thams, Salter, Slater