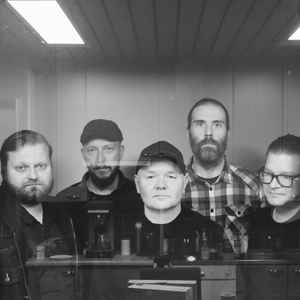 Profile:
Melodic punk band from Finland including members of NHL 95, Cigarette Crossfire, Cause A Riot, Life Giving Waters, Bazed & Buried At Last. Drummer Antti Pekkanen joined the band in the summer of 2021.

"The air was still and days quiet in the Spring 2015. Out of mutual need of outing some tunes and vocal chords, we began laying down what eventually became a band with songs.
We are a band. We make music that makes us happy. We sound like Sergie Loobkoff having a knife fight with Matt Pryor and Mike Carter in the 90's!"
Sites:
custodypunk.com, Bandcamp, Facebook, YouTube, instagram.com, open.spotify.com
Members:
Antti Jumppainen, Ilkka Tuominen, Joose Gröhn, Pasi Palojärvi, Sami Nykänen (2)