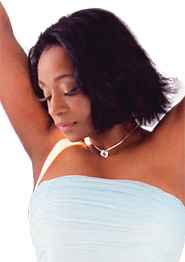 Studied opera at the Manhattan School Of Music. She developed her vocal style influenced by Phyllis Hyman, Donny Hathaway, Nancy Wilson and Billie Holiday. She started her soul vocal career as opening act of the Manhattans gigs. In 1986 she recorded a duet with them, "Where Did We Go Wrong" included in their album "Back To Basics".

In 1988 she was signed at Columbia Records where she released her first four albums. Four more albums during the decade 1998 - 2008 at various record labels.

Among her biggest hits are "So Many Tears", "Show Me The Way", "Baby Come To Me", "Make It Like It Was", "What Goes Around" and "If I Could".
Sites:
reginabelle.org, Wikipedia
Variations:
Viewing All | Regina Belle
Belle, R. Belle, Regina, Regina Ball, Regina Bell, Regina Bellev, Regind Belle, レジーナ・ベル

December 16, 2018
Absolutely love Regina Belle but unfortunately not much is available on vinyl. Cry cry.