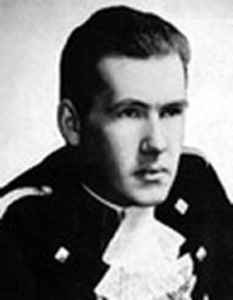 Kenneth McKellar was a Scottish tenor. Most famous for his interpretation of the works of Robert Burns.

McKellar studied forestry at the University of Aberdeen. He later trained at the Royal College of Music as an opera singer but rose to prominence as a performer of Scots songs.

His albums of the songs of Robert Burns (now digitised) are considered by musicologists to be definitive interpretations.

He competed for the UK in the 1966 Eurovision Song Contest, performing 'A Man Without Love'. Throughout the 1960s and 1970s he appeared on the BBC Television Hogmanay celebration programme, alongside Jimmy Shand and Andy Stewart.