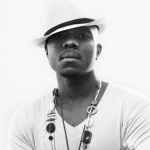 Real Name:
Ndabaningi Mabuye
Profile:
Zubz is a Southern African rapper, born in Kasama, Zambia in July 1976, and relocating to Harare, Zimbabwe with his family, it was while growing up in Harare that Ndaba fell in love with Hip Hop and became an active contributor to the culture through school variety shows. His friends started to call him Zubz, as an interpolation of the shortened version of his name, Ndabs.

By the time Zubz finished his high school studies, he had already begun establishing himself as a leading MC in Harare and had shared the stage with local and international artists including American hip-hop crew from Queens, The Lost Boyz. A year after completing school, Zubz relocated again, graduating from Rhodes University in Grahamstown, South Africa in 1999 before moving to Johannesburg. It was in there that he began his Hip Hop quest, entering and winning a noteworthy MC battle at Club 206, giving him a formidable rep as a freestyle rapper. Performing alongside Talib Kweli, dead prez, Black Thought and Jeru The Damaja at Black August in 2001, his affiliation with the Media Company Black Rage Productions became key to his professional career as later, Black Rage would establish the trailblazing Outrageous Records, whose first signing would be the MC Zubz.

1/9th of The Originz Band (a group he created with Botswana-based songstress Hope), the group released the single "Family Of One", after which Zubz released a mixtape, "The Last Letta", to create a buzz for his first professional album.

A year later, in 2004, this buzz caused high anticipation in the SA Hip Hop music industry and Zubz rose to the challenge with his debut album "Listeners Digest". The album cemented Zubz’ position as one of Southern Africa’s best MCs with a South African Music Award (SAMA) nomination for Best Hip Hop in 2005. A year on, his follow up album, "Headphone Music In A Parallel World" was equally well received giving him a second successive SAMA nomination for Best Hip Hop in 2007.