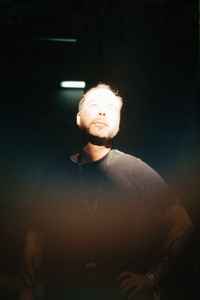 April 19, 2017
Left an incredible and undeniable print on electronic and minimal music. Goodbye and farewell - never to be forgotten.
Reply Notify me 11 Helpful

April 13, 2017
Oh man, can't believe he's gone. Left behind: One vast, beautiful legacy and discography to lose ourselves in.
Reply Notify me 8 Helpful

April 13, 2017
Sad day for electronic music, though Vainio left a voluminous legacy for us to appreciate.
Ø - Heijastuva sounds like I feel at the moment. https://www.youtube.com/watch?v=gvsqUiIph00
Reply Notify me 5 Helpful

April 13, 2017
Mika was and will undoubtedly be the most important and influential figure in Finnish electronic music history for generations, either directly or indirectly influencing every single modern electronic musician in the country, not to mention many abroad. He kept on honing his craft until he died which is the very definition of admirable dedication. It is a very sad day to not only lose a cornerstone of Finnish music, but to also lose such a constant driving force in experimental music as a whole. Rest in peace.
Reply Notify me 21 Helpful

Mika Vainio knew how to give noise personality. Paljon kiitoksia!