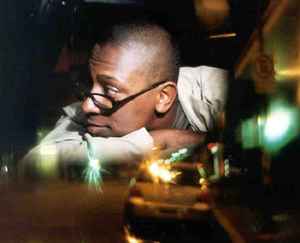 Real Name:
Marco Antônio Silva
Profile:
Regarded as a drum’n’bass innovator under the name Marky Mark and then just DJ Marky, he was discovered by English DJ Bryan Gee, who saw Marky playing in a club in São Paulo in 1998. Amazed by Marky’s scratch skills, he invited the DJ to play in London. Marky got started in drum’n’bass in 1992, choosing a more hardcore edge, but the small audiences nearly caused him to give up. At the time, he was told that that kind of music was for only a few. In 1997, he went to London and met DJs Hype and Goldie. The meeting with Brian D was definitive for Marky’s conquering of England. In 1999, he was awarded "Best New DJ" by the British critics. The recording sessions of his album "Working the Mix" happened in his house, with two pick ups, one mixer and vinyl albums. When it was ready, he showed it to moguls at Paradoxx and got lucky. Having taken over Brazil and England, Marky has been praised for his sound articulation abilities, with elaborate mixings that connect one song to the next with amazing accuracy and also for the careful choice and combination of the repertoire.