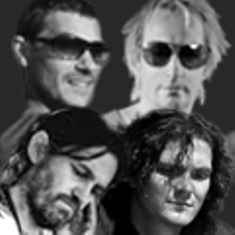 Profile:
Adam Boyd and Dominic Lamb composed Slinky Wizard's first track 'The Rising' in 1992. After this George Barker and Ronnie Biggs joined the group, and with the assistance of Simon Posford they created Flying Rhino Records' first release, the Slinky Wizard EP.

In the summer of 1994, Adam Boyd died in an accident. In late 1995/early 1996 Gus Till joined the group. Starting around this same time, Ronnie Biggs was no longer credited on Slinky Wizard tracks, but it is not clear if he officially left the group.

Since 2001, Slinky Wizard has had no output.