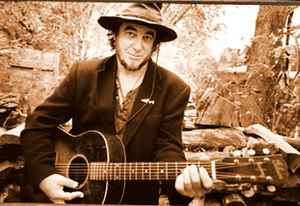 During the 1980s, his reputation was established through frequent touring and recurring performances on A Prairie Home Companion. Subsequently, his work has been nominated for Grammy awards. He also founded his own record label, named Red House Records after a home in which he lived in Iowa. To date, over 200 recordings have been released on Red House by artists such as Pat Donohue, Ramblin' Jack Elliott, Eliza Gilkyson, John Gorka, Lucy Kaplansky, John McCutcheon and many more.

He has recorded more than two dozen albums, including his 1986 release, "Songs of Innocence and of Experience", when he put aside his own lyric writing to set poems of William Blake to music. "One Big Town", recorded in 1989, earned Brown three and a half stars in Rolling Stone, chart-topping status in AAA and The Gavin Report's Americana rankings and Brown's first Indie Award from NAIRD (National Association of Independent Record Distributors).

"The Poet Game", his 1994 CD, received another Indie award from NAIRD. His critically acclaimed 1996 release, Further In, was a finalist for the same award. Rolling Stone's 4-star review of Further In called Brown "a wickedly sharp observer of the human condition." 1997's "Slant 6 Mind" earned Brown his second Grammy nomination. In 1999, Red House re-released "One Night", a 1983 live performance originally on Minneapolis' Coffeehouse Extemporé Records.

Brown has an established history for allowing his music to be used to raise funds and awareness for environmental and social causes. In 2005, a live benefit for Yellow Dog Watershed Preserve was recorded and released in 2007 as "Yellow Dog" on the EarthWorks Music label.

In 2007, he was nominated for a Folk Alliance Award in the category of Contemporary Artist of the Year. Brown's songwriting has been lauded by many, and his songs have been performed by Willie Nelson, Jack Johnson, Carlos Santana, Michael Johnson, Ani DiFranco, Shawn Colvin, Mary Chapin Carpenter, Iris DeMent and Joan Baez, who covered his song 'Rexroth's Daughter' on "Dark Chords on a Big Guitar". He is married to Iris DeMent, and has daughters Pieta Brown, Constie Brown, and Zoë Brown (2) from previous marriages.
Sites:
Wikipedia, musicianguide.com, gregbrown.org, ascap.com
Variations:
Viewing All | Greg Brown (3)
Brown, G. Brown, G.Brown, Greg Brown and Friends, Greg. Brown