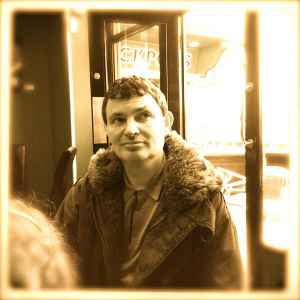 Real Name:
Adrian Gent
Profile:
Adrian Luvdup, one half of infamous 90s DJs “The Luvdup Twins”, started DJ-ing at Justin Robertson’s Manchester Balearic night “Most Excellent” before teaming up with Mark to promote such legendary Mancunian club nights as “Luvdup” at The Venue, “Hell” at the Number One Club, “Jolly Roger” at the Paradise Factory' and “Sat at Home” at Home nightclub. Soon he and Mark were playing at club nights across the UK and worldwide, with residencies not only at “Rise” in Sheffield and “Passion” in Coalville but also in Ibiza and across Europe.

Their debut single “Good Time “ was Pete Tong’s “Essential New Tune” and Mixmag update’s “Single of the Week” and they have remixed over 50 tracks such as “Club Lonely” by Sam Ellis and “What you Need” by Soft House Company. Adrian was also awarded a gold disc for over 100,000 sales of his “Fantazia Club Classics” mix album and has mixed numerous other compilations throughout his career.

Adrian now co-hosts a cult radio show known as “The Eclectic Circus” and DJs with at various wild shindigs around his native Manchester and beyond, playing a fantastic up eclectic mix of party music from the last 40 years spanning House, Disco, Balearic and more.

He is also in the studio working on new remixes and tracks for 2015.
Sites:
Facebook
In Groups:
LuvDup
Variations:
Viewing All | Adrian LuvDup
A. Luvdup, Adrian, Adrian Luvdup